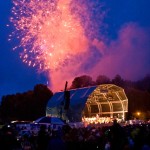 Super Sunday, Sunday 21st July celebrated the 20th anniversary of Tim French’s involvement in creating musical events for Mid Sussex to have on its doorstep.

Not only was it a day of music but a day of challenge.

It’s Magic engaged Team Extreme ® who provided a one day workshop, those attending improved their tricks and skills on skate boarding, BMX or scooter freestyle and culminated in a competition during the afternoon.

In addition tennis fans  showed their skills by testing their fastest serve.  A machine was installed on the tennis courts in Victoria Park and run by members of Haywards Heath Tennis Club.

The day culminated in an amazing firework display.